Naira Tovmasyan had long closed the chapter of working in finance and banking when she received an offer from FINCA to consider taking the role of Marketing Department Manager. Rethinking her reluctance to returning to the corporate world, she accepted the offer and has been carrying out her duties as the Head of the Marketing Department for the past 4 months.

Naira, you came to FINCA from the private sector. How did this transition happen?

Prior to joining FINCA, I was running my own business, JUST TRAVEL, an inbound tour and event organization agency, for about 7 years. However, due to the pandemic, I had to stop the operations of the agency. During the same period, I heard that FINCA was looking for a marketing department manager, so I applied and now I’m here. I really like the corporate culture at FINCA and it didn’t take me long to become integrated into FINCA.

You have worked different jobs in various companies, can you give us a short trip of your job experience?

My job experience started very early, from the second year of university when I got a job at the Yerevan-Credit Bank, then I went to work at the Ministry of Finance and Economy of the RA and later to the Yerevan Brandy Factory. The ten years spent at the Brandy Factory helped me develop as a professional and as a person. I often say that I didn’t work at the factory, I lived there. Getting the job at the brandy factory is quite an interesting story. I was interviewed by the CEO of the company at the time, Pierre Larretche, and got the job as an administrative assistant. A year and a half later I became the manager of the Ararat Heritage Center. Thanks to my job, I had the opportunity to meet and spend time with a lot of interesting people who visited the factory, I organized the visits of presidents, artists and cultural figures of different countries. My friends always joked, saying “She sees Ishtoyan every day” /a quote from a popular Soviet movie/. Today, both in my personal life and in my professional life I often remember what I’ve seen and heard from the great people who visited the factory: Emir Kusturica, George Benson, Mikhail Piotrovsky, Michel Legrand, Leonid Roshal and many others.

Later I got a job at Converse Bank and for the next 4 years I tried to present the bank, which had been in the market for many years, in a new light. My biggest achievement at Converse Bank was introducing art and culture into the very strict and limited banking business. I am sure that my former colleagues will agree with me on this.

From the years of working at the Brandy Company, I already had the idea of creating my own inbound tour agency, since I wanted, more than anything, to pass on my love for Armenia to foreigners. 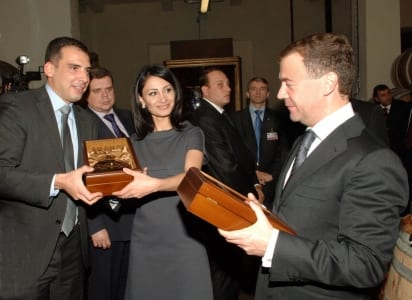 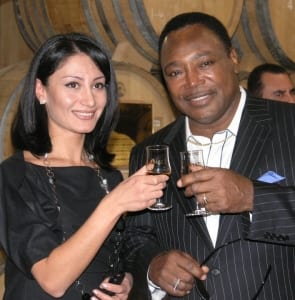 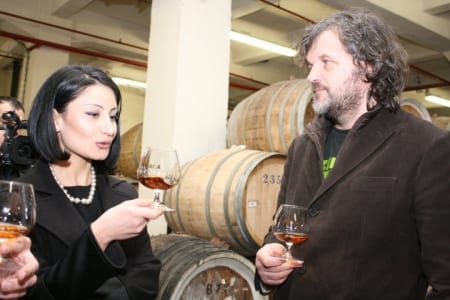 After a long journey, you ended up at FINCA. How do you see the future of this company, what changes or innovations have you planned in your field?

FINCA is an international organization and carries international culture. Here, a lot of attention is paid to marketing strategy, the brand and, more recently, digital marketing. Our goal is to re-position FINCA in the market as a credit organization offering advanced digital services, as well as implement new projects towards building partnerships with our clients and offering consulting services along with loans.

Naira, you said that you managed to introduce art and culture into the bank, can we say that you’re a creative person?

If I stop creating, life will lose all its colors for me. I’ve loved painting since childhood, and instead of playing outside with the other kids, I used to sit and paint for hours. I still remember the out-of-this-world experience I would have when I was painting, it was as if I disconnected from reality. It was a very interesting state for me, I felt like I was in another dimension. Noticing my love for painting, my parents took me to the National Center of Aesthetics founded by Henrik Igityan, which I attended for years. Along with painting I learned how to embroider, make tapestries and batiks. Then I fell in love with Ruben Hakhverdyan’s and Vladimir Vistosky’s songwriting and started learning how to play the guitar. Although I have “lost” these skills today, everything I’ve learned during those years now help me approach my job more creatively and develop out-of-standard approaches.

How do you feel about equality between men and women?

In terms of rights, I believe there should definitely be equality between the sexes. However, I’m not sure about total equality in different parts of everyday life. For me, the whole charm is in the difference between these two sexes, and that difference is what creates the attraction between them. In general, this obsessive struggle for equality has led to the obstruction of the roles of men and women, since many people don’t realize that the struggle is really about equality of rights, and not about becoming similar in nature and characteristics to the opposite sex. Sometimes I think that it would be smart to reopen same-sex schools or even have classes, where girls would learn and be raised as women and boys as men.

Do you consider yourself a strong woman?

In our reality, the notion of a strong woman is a bit distorted. We usually perceive women with masculine features as strong. I believe that the opposite is true. A woman’s strength lies in her femininity, tenderness, love and devotion. In this respect, I consider myself strong. I also consider myself strong in the way that I dream and make those dreams come true. My search for women’s strength led me to the idea that a woman’s strength lies in her weakness, and that a woman wins without a fight. I’ve realized that, but I often fail to put it into practice [smiling].

What are your hobbies?

I like traveling. Traveling has long been a way of life for me. Now I’m waiting for the world to go back to normal so that I can discover new countries. The pandemic helped me discover a new passion. I started baking bread and I often say that the process of baking bread is similar to praying. In general, I like cooking, discovering and trying out new dishes. The aesthetic aspect of serving food is also important to me, so that whatever you make is not only tasty but also beautiful. I think such hobbies let you discover your inner feminineness. 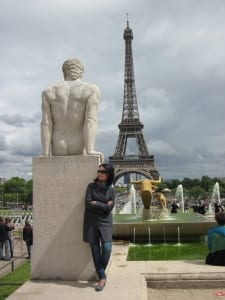 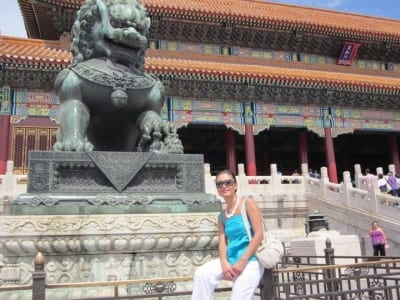 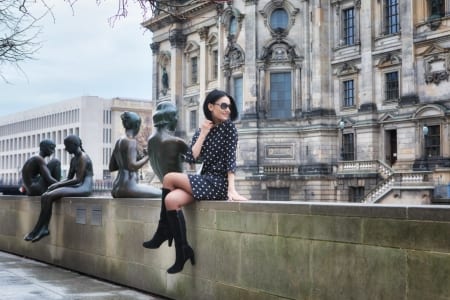 Do you believe in God?

I often pray when I’m happy or sad, therefore, I can say that I believe in God. God is the invisible proof of our and this perfect universe’s existence, our conscience, our inner voice who we must learn to listen. I believe in God as a source of absolute love. I also believe in prejudice, when the stars line up in such a way that an incredible encounter or event becomes a reality. 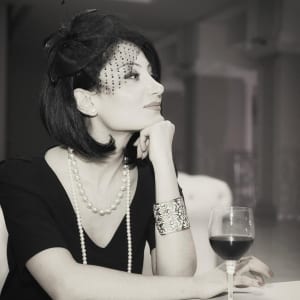 Is there a woman who inspires you?

Coco Chanel, a woman who was able to revolutionize the European fashion of the 20th century and whose words I often quote. Frida Kahlo, whose willpower inspired me. Also, Audrey Hepburn, it’s impossible to stay indifferent towards her elegance.

Who do you consider your spiritual teacher?

There have been many people in my life whom I can consider my spiritual teachers. These are the people who appeared in my life and taught me new things, said something to me or helped me in some way, after which my life and way of thinking have reached a new level.

Do you have a motto in life?

Yes, the motto of the famous brand – Just do it.

To make Armenia a strong and developed country with a high standard of living and an intellectual level. This is one of the dreams that we must start working towards as soon as possible. I also want to restart and rebrand Armenia, make it a country of dreams. In short, my most cherished dreams today are about my homeland.

Yes, if they’re in the form of evolution.

There are many. I’d say Saryan, Edgar Shahin, Leonardo Da Vinci, and Modigliani.

We and Our Mountains.

The color of the sea.

Will beauty save the world?